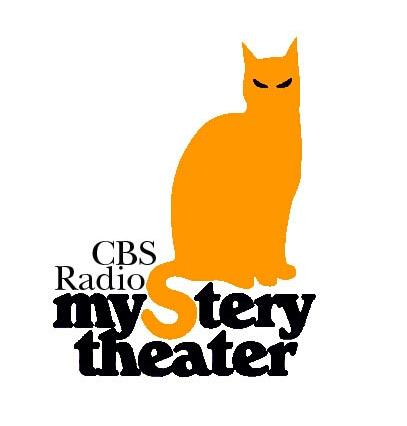 (source: RadioGoldIndex)
Reviewer: OldRadioComedyPodcast - favoritefavoritefavoritefavoritefavorite - December 5, 2020
Subject: One Of The Greatest
Despite coming decades after the Golden Age, CBS Radio Mystery Theater succeeded in its goal of bringing back the glory of those halcyon days. It stayed true to the Formula - great writing, great voice acting, great sound effects, great pacing. Some of the episodes may fall a bit short at times, but overall this is probably the very last successful attempt to bring the old classic radio drama to the "modern" airwaves. E.G. Marshall as the narrator was brilliant. I listen to these again and again, and despite being decades beyond the classic radio days, it never ceases to amaze me how much they resurrect the ambience and atmosphere and drama of them. So glad these exist for us to enjoy!
Reviewer: rmadara - favoritefavoritefavoritefavoritefavorite - September 25, 2019
Subject: I listen every night at bedtime
I have severe hearing issues....tinnitus is so loud at night it prevents me from sleeping. I loaded an iPod (yes an iPod) with all 1399 episodes. I set the sleep timer then listen to an episode as I drift off to sleep, the tinnitus totally masked. So many good voice actors....I particularly like Terry Kean and Fred Gwynn.
Reviewer: VinceWylde - favoritefavoritefavoritefavoritefavorite - July 27, 2019
Subject: Fantastic Collection, How To Download
It's a great collection, but in order to download it, you should do each zip file individually and not as a massive single file. For whatever reason, when you download all as one, it's like a slot machine. You might get all the correct files, and then, you might get several duplicates.

This is because Archive.org creates the zip file on demand, not the uploader. This isn't the fault of Old Time Radio Researchers.
Reviewer: tigg - - July 5, 2019
Subject: Download issues
I love this show as well as most mystery otr's. I was in a rush and downloaded the whole zip at once but when I extracted it there was a huge problem.Out of 28 zip files only 8 had the episodes in the title, the other 20 files were all duplicates of the #0351-400 file. I have no clue why this happened but I am curious exactly how this could happen. Could anyone figure this out? This was last month.
I am redownloading the 20 individual zip files and hoping they contain what they are suppose to.
Reviewer: JCKallenbach - favoritefavoritefavoritefavoritefavorite - January 23, 2019
Subject: Thanks for providing this service
I listened to this show faithfully on WBBM-AM in Chicago, where it started at 10:08 each night. If I missed it I could sometimes pull in the 11:00 CT airing from St. Louis on KMOX or WJR in Detroit. Great memories.
Reviewer: akalalu - favoritefavoritefavoritefavoritefavorite - July 18, 2018
Subject: AM radio skip, mid 1970's
I lived in New England, and just after sunset, the AM stations out of NYC would 'skip' in to my old tube radio, and I would listen to these shows....I liked them just as much as Brady Bunch and Partridge Family because they reached me and connected me to something bigger, bolder, and more alive than what was going on in the other rooms of the house around me. Thank you for archiving this treasure chest.
Reviewer: SaraBellePalsy - favoritefavoritefavoritefavorite - February 17, 2017
Subject: Voice actors back to work on CBSRMT
I find it interesting to hear many voices in this series that hadn't been heard since the late 1950's! It's great that many voice actors had a chance to use their talent again. In fact, after you've listen to a lot of episodes, you can tell that some of the younger actors simply aren't as good as the veterans. One of the best is Leon Janney. Mr. Janney appeared in a LOT of episodes, until he stroked out suddenly in 1980. He did many multiple roles and a lot of uncredited appearances, too. Overall CBSRMT is great entertainment. Shows with ads: I found the commercials themselves lack the charm of the 40's and 50's ads. Oh, by the way I'm still looking for the elusive CBSRMT HQ audio episodes!
Reviewer: StardustOTR - favorite - October 9, 2016
Subject: Don't waste your time downloading this
Most of the zip files are for episodes 851-900 even though they are marked something different. This is a total waste of time if you are looking for the entire series at once. You are better off just taking the time downloading the individual years.
Reviewer: Media Lover - favoritefavoritefavoritefavoritefavorite - May 30, 2016
Subject: Amazing! Imaginative! Captivating!
Salute to Himan Brown for this wonderful gem that is definitely a major addition to the wonderful world of Old Time Radio! Tales that would get a grip of you until the end.

And that addictive voice of E.G. Marshall... what can I say...

I was too young when these shows were on the radio. I only got into it about 20 years ago but it has become part of my life now.
Reviewer: MoviesRme - favoritefavoritefavoritefavoritefavorite - February 21, 2016
Subject: Public Domain
Can anyonetell me if these are in the PD, as they do broadcast episodes after 1979, thanks
Reviewer: 351Charlie - favoritefavoritefavoritefavorite - February 14, 2016
Subject: About CBSRMT
Prior to my commentary, please read the posting below. The guy kinda slips off the subject . . . just a wee bit ! At any rate, finding all CBSRMT episodes in HQ is still not yet possible, however, the last season with Tammy Grimes as host can be left alone, or better yet, edit HER intros out ! While you're searching for these shows, stop and listen to #699 - a comedy ! Also, if anyone knows why "E.G." left the show, let me know here, please. Like any long running program, some stories are pretty lame, while others can be outstanding. Look for those written by classic authors, ("Buster") Himan Brown did some great adaptions.
Reviewer: mike hughes38 - favoritefavoritefavorite - October 1, 2015
Subject: A Winters Pleasure. by- Mike j Hughes
It has now been going into 3 years of Winter time rest and slumber. I came across these remarkable stories like 'Mystery Theater ' , and many others .
I am as well a student of Theosophy and other occult studies that has made me ponder,- even as a child I was already beginning to read children's books on things like Witchcraft and '''A Child's Guide into the Art of Necromancy'' , and that sort of thing.

The very old stories the Grandams use to tell had the ''ring of truth'' , and embedded in them are kernels of profound occult learning , hidden therein for whose intuition has developed to a remarkable degree , such as those nearing the first Initiation, or coming very near to enter upon it.

I am always listening , and watching for those who
are showing signs and signature of being somewhat advanced and useful in the altruistic
sense.

I am an spiritual Empath ,- as a course in alternate schools I took in my late teens.

People are now asking a lot of deep and profound questions to be found This is now everywhere at this time.
This is due to the fact that the entire globe is now a Racial ''melting pot'' ,-- there is a wave of spiritual energy now pouring through our world, - the minds ,and bodies of all people of the world.

If you have an occult , or Spiritual question ,- then please do ask.

Thanks to archive.org and all of your contributors for all the great work you all do in making this program and the many other programs and media resources available doing your bit to democratize the Internet for everyone the world over.
Reviewer: Librarian_Craig - favoritefavoritefavoritefavorite - January 10, 2015
Subject: An "A" for effort.
It's so cool that CBS kept radio drama going into the 1970s. I wish they were doing it now!

Sometimes it helps to listen to these shows ironically. They can be very dated. But I love how they heartily embrace "noir."

I just downloaded zip file 1, and was able to unzip it in both 7Zip and the Windows zip program. Here are a few suggestions that may help:

First, check the properties of your downloaded zip file and make sure that it's complete; the zip file's size should be 528Mb, or 540,956Kb, or 553,938,564 bytes. If your zip is smaller, your download may have cut out before it was complete.

I've never tried this myself, but shortening the path and filename may make it easier for your computer to unzip. Instead of having it in a folder inside another folder inside another..., move it to your desktop or directly onto your 'C' drive, and shorten the name to 0001-0050.zip.

If all else fails, and you are sure it is all there, put the zip file onto a flash drive and take it to a friend's computer. Just make sure they're comfortable with putting your zip file onto their machine. Alternatively, give them a disk and ask them to download and burn it for you.

You may be able to download many of these episodes from other CBS RMT pages on The Archive, but I've seen a lot of reviews that mention intolerable sound quality, so try to stick with the shows on this page. I'm listening to 'The Old Ones Are Hard To Kill' with my gal Agnes Moorehead, and it sounds great.

So nice now that I can download these episodes and listen to them on my daily highway trips. Sure beats what passes for so-called 'entertainment' on the radio these days. Thanks so much for uploading these classics!
Reviewer: Radiocaster - favoritefavoritefavoritefavoritefavorite - July 28, 2012
Subject: CBSRMT FILES
A GREAT COLLECTION OF FILES I LIKE TO SAY THANKYOU TO THE PERSON OR PERSONS WHO HAVE MADE IT POSSIBLE FOR US RADIO FANS TO LISTEN TO THESE SHOWS OF SUCH GOOD QUALITY AND VARIATION. IN ADDITION TO ORIGINAL STORIES, THERE ARE ADAPTATIONS OF CLASSIC TALES BY SUCH WRITERS AS A.C DOYLE, AMBROSE BIERCE, EDGAR ALLEN POE,
CHARLES DICKENS,HG WELLS,RL STEVENSON AND OTHERS.
I THINK WE OWE A DEBT OF THANKS TO HIMAN BROWN FOR THESE GREAT RADIO SHOWS!!
Reviewer: id3_audio_tagger - favoritefavoritefavoritefavorite - July 18, 2012
Subject: great archive love it!
I love all of the old radio shows mystery,drama,sci-fi and this is an awesome site! the only problem with this perticular archive is when you upload multiple folders to an ipod or mp3 player you get one massive folder with a HUGE list of files in one folder, or you have to load individual files to keep the list size managable, so I broke the set down into 28 volumes of 50 audio files each (approx 350-550mb)in size but I did not alter the file names at all. i set id3 tags for each folder including a cbs mystery theater image embedded in each audio file (just like a set of CD's) so i can load just a few volumes at a time and never have to check that i have loaded duplicates or files I have recently listend to. I dont know who up loaded this archive but would sure like to upload my edited CD volumes of this set for all to enjoy because they are so easy to manage. Ill Look Back Here Again To See If Anyone Knows If I Can. Im New To This Site.
Reviewer: Shoey1964 - favoritefavoritefavoritefavorite - December 19, 2011
Subject: Thank You
Thank you so much to whoever uploaded these, my brothers and i used to listen to these when we would camp out in the yard on warm summer nights, that was the only time we were allowed to listen to them, i loved every one i heard back then, but that was only about a dozen or so that i remember.

The date would provide a little more perspective. However, it's a great collection that's been posted.

Uploaded by Unknown on September 8, 2011